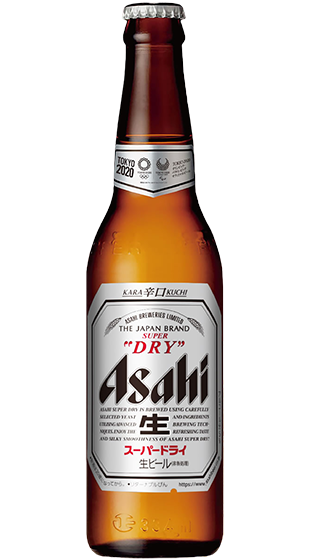 $2.99
(1 bottle left)
SIPit customers have 1 in their shopping carts

Asahi beer was launched in May 1892 by the Osaka Brewing Company and within eight years had already won the Grand Prix at the Paris World Expo. Born out of a desire to create a beer that would compliment food, Asahi Super Dry quickly became the most popular beer in Japan. It is a lager-style beer, with a bright gold colour and white head. The nose is malty and does have a distinctive note from the rice. "Asahi' is Japanese for 'rising sun'. A symbol of spirit, hope and inspiration. Let's drink to that!